For the latest news about the coronavirus pandemic, including important information on local health advice, available services and more, please follow the link. 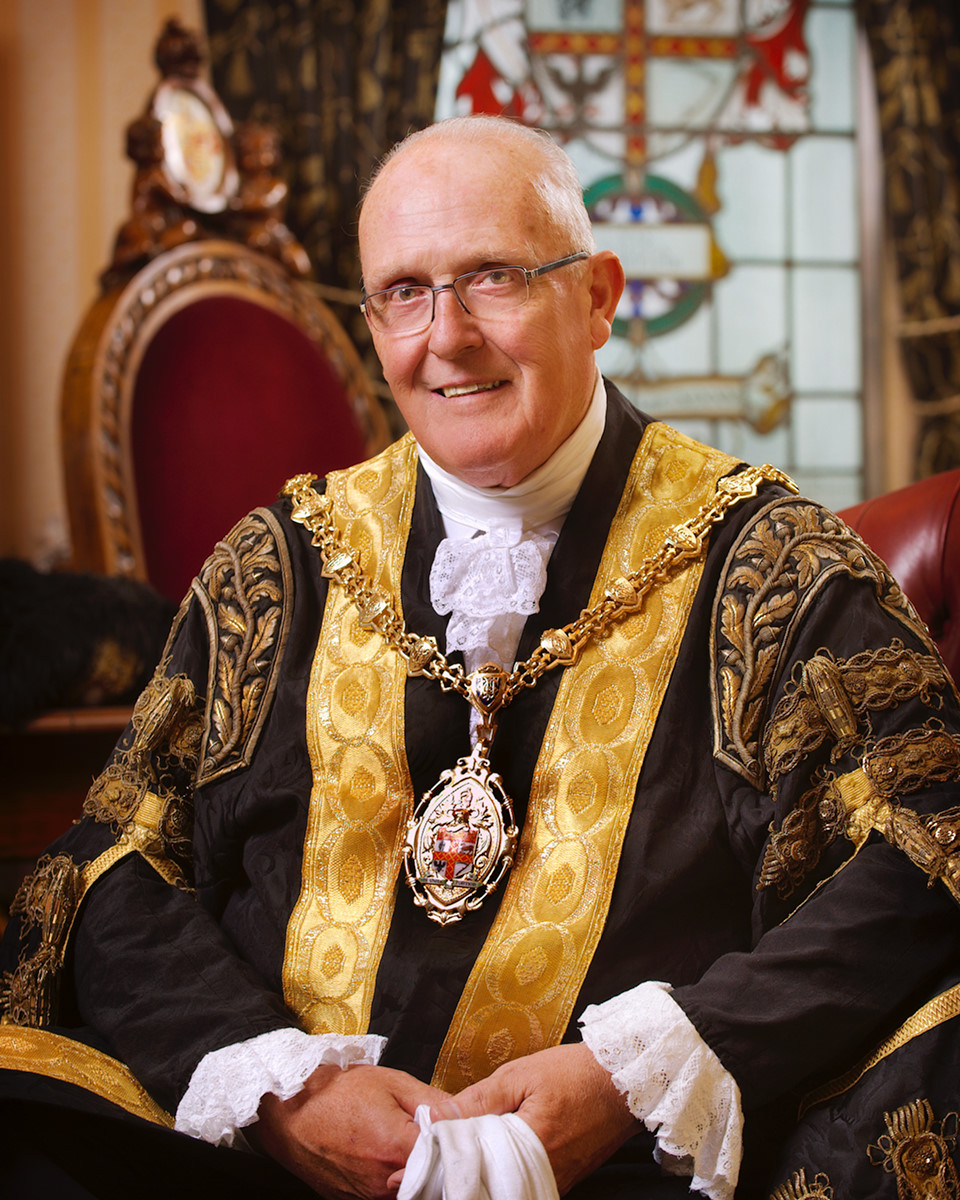 The Lord Mayor is the first citizen of the City of Stoke-on-Trent.

Councillor Ross Irving is the Lord Mayor of Stoke-on-Trent for 2020/21 and his Lady Mayoress for the year  is Miss Christine Warren.  Councillor Irving has served as a city councillor since 1973 and has previously served as Lord Mayor 2017-2018.

During their year of office the Lord Mayor attends parades, charities, events organised by community and voluntary organisations and other local authorities and also hosts Civic receptions and engagements in the Lord Mayor’s Parlour.

During these unprecedented times, if you would like a virtual visit from the Lord Mayor, arrangements can be made via zoom and we would encourage this.

Do you have a special celebration?  We would like to hear about your birthday and anniversary celebrations. If you would like a personalised card from the Lord Mayor for a 90th, 95th, 100th birthday and, even better, every year after that or a Diamond or Platinum Wedding Anniversary, please let us know. Please allow 14 days notice so that we can ensure that the card arrives on time.

The Deputy Lord Mayor for 2020/21 is Councillor Chandra Kanneganti and his Lady Mayoress for the year is Mrs Saj Kanneganti.  Where the Lord Mayor is unable to attend, you will be given the opportunity to have the Deputy attend your event.

You can invite the Lord Mayor to your event using the contact details below.